This one speaks for itself:


Capt. Ralph C. Berkelhamer, M.C., graduate of the University of Illinois Medical School, 1939, entered the service of his country in May, 1941.  In August, 1941 he was sent to the Philippine Islands as a Battalion Surgeon with the 45th Infantry Philippine Scouts.  He was captured at the fall of Bataan, April, 1942 and was imprisoned at Camp O'Donnell and later at the Cabanatuan Prison Camp.  At Cabnanautan he served as Detachment Commander of the hospital unit.  On October 1, 1944, he sailed from Manila aboard a Japanese prison ship bound for Japan.  On October 24, 1944, the vessel was sunk by submarine action in the South China Sea over 200 miles from the Chinese coast.  He is believed to have perished in this incident.


Another young life snuffed out defending our freedom.  We must never forget the sacrifices of these brave young men and women.  Captain Ralph C. Berkelhamer's grave is at Waldheim Jewish Cemetery, Gate 265, Ziditshover Section.  May his soul rest in peace. 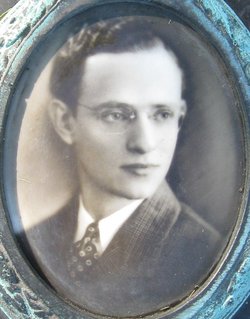 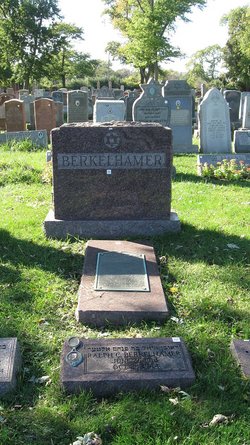 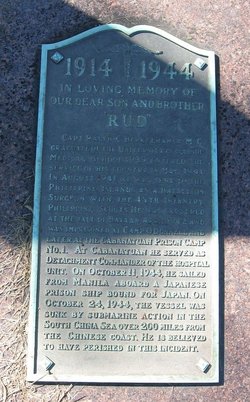